Tell us a little bit about yourself and your background.

I have always been involved in storytelling. I started out as a secretary on The Archers, Britain’s famous radio soap opera, and then became a television script editor. When I had my first child I began writing scripts for television drama and wrote for over ten years – serials and medical dramas. Then in 2000 I got my first book deal, and I’m now writing my 16th novel!

What inspired you to write How to find love in a bookshop?

I always like to write books that are a little bit escapist, and take my readers to a place they might like to be. I was in a tiny bookshop in the Cotswolds one day and realised bookshops were where I feel happiest, and I guessed that must be the same for a lot of readers. And so the idea for the book was born. I have also worked in bookshops during my life – once when I was a student, in the famous shop Foyles in London. Bookshops are special places and the story just came to me – what if you inherited a bookshop and had to make it successful? I was so excited I ran out of the door and started writing straight away.

What got left out in the final draft?

In the first draft I had much more about Emilia’s mother Rebecca -but it soon became obvious that her father Julius was a more interesting character, so I concentrated much more on him and Rebecca faded into the background. I think everyone who reads the book falls a little bit in love with Julius.

Where there alternate endings you considered?

I always knew how I wanted it to end, so that stayed the same. But the pitfalls along the way got bigger and the stakes got higher – plus I wanted to include Christmas at the end, because that is a magical time for bookshops. Everyone should buy books for Christmas because they are so easy to wrap! And the little town of Peasebrook looks so pretty in the snow. It seemed the perfect ending. I hope everyone who reads it agrees

How do you select the names of your characters?

Names are one of the most fun things about writing. Although the characters seem to arrive in my head with their names, very often. Nightingale Books is named after a dear friend. I love the name Emilia, so my heroine was christened straight away. I wanted something poetic for her love interest, so Marlowe, after the poet, did the job. Julius sounds like a noble, well-read name, so it was perfect for her father. And his friend and lover Sarah is very English and strong. Jackson is kind of a cool name, so that went to the naughty bad boy. All the others fell into place around them.

Do you read your book reviews?

Yes, I read my reviews, because it’s important to see how readers respond to your work, and what they liked as well as what they didn’t. Luckily people usually say very nice things, and I have learnt not to take it to heart if they are critical. But if there are criticisms, I think about what they have said – sometimes your readers can spot your weaknesses. You can learn a lot from your reviews.

Click  –> here to read my How to find love in a bookshop book review. There is a translated button on the right. 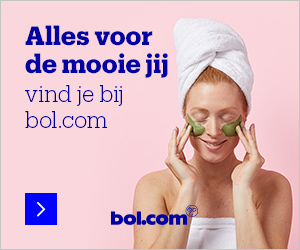