Cee Cee James is a dynamic Blues singer,with a talent that comes straight from her heart and Soul. She has lived and breathed the blues and her Soul pours out through song. Her depth and strength is sometimes compared to that of Janis Joplin. A great compliment though she has her own unique style, giving bone chilling performances. What makes Cee Cee stand out and above other performers is her modest and humble personality she has a heart as big as her voice and is is down to earth as a person could ever be. She never for a moment loses her sense of the human aspect,her love of fans, friends and God. The music of today has taken on the glam look which is in style only for the moment. Cee Cee maintains and remains true to her roots. there are no false airs about her,she is real through and through. The greatest singers in the world are those who let their soul pour out their voice..Cee Cee is among those.

You have an unique voice but I am sure that you have been compared to Janis Joplin a lot of the time. What is your opinion of her music?

Yes I have been compared to Janis many times in my career. What I like about Janis’s music is the ‘fire’ and ‘passion’ the vocals contained and an all out vulnerability that bared everything in her soul that has been UNMATCHED in my opinion by anyone except possiblity Steve Marriott.

At what age did you start singing and what inspired you to do so?

Truth be told.. I was born a ‘performer.’  It ran in my family. My Dad had immense singing, dancing and acting talents and so did my Mother. I started singing ‘seriously’ in my 20’s and slowly moved into singing ‘professionally’ in my 30’s. I was inspired by ALL the Arts of Performance and I “dabbled” in singing, acting, modeling all through my growing up years, but overtime I found for me, that singing was the true direction because it gave me the freedome to be just who I am….. writing from my own life experiences and soul growth.  Modeling and acting did not allow that same freedom. 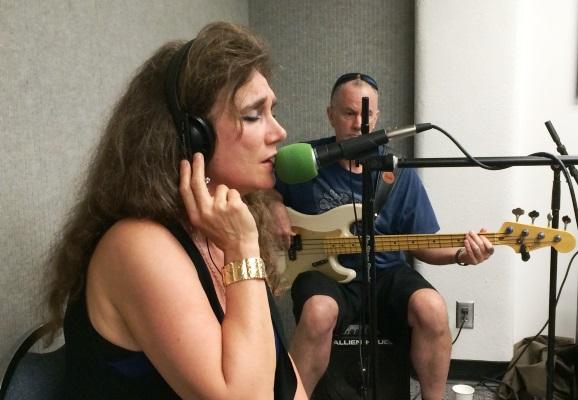 At what time in your life did the blues become your major interest?

In my mid 40’s, the spiriling tornado of change entered into my life and I could not go on in the marriage I was in, nor could I continue the musical path I had started.  I had to make major changes and that’s when the ache of my Blues came calling.

What are your biggest accomplishments untill now?

My Fans, and finally surrendering my path and my life to God or if you prefer Love’s guidance.. completely and utterly. To get to that point in one’s life is a major accomplishment and every single thing in my life has brought me into this moment, so it truly is the biggest accomplishment.

What does the blues mean to you?

A heart that has been fired by the challenges and pain of life, humbling the ego and causing the soul to blossom into compassion and understanding of the human condition.  The blues is the place one lives within where there is place anymore for bullshit. 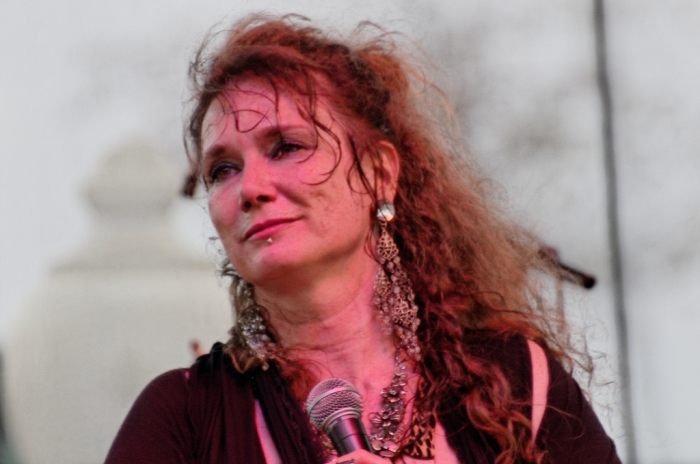 Do you feel you’ve reached your goals?

No… far from it!  I’ve actually truly just begun!  My goals for this lifetime will be reached when I finish my life knowing I did the absolute best I could and completed my destiny.

What do you do to warm up your voice?

I do simple vocal exercises and work to sing on a daily basis with one of my favorite singers or a vocal warmup CD I have.

Where do you find your inspiration for song ideas?

I know you are quite accomplished and have a chieved many credits and awards. Would you mind telling us some of the ones you are the most proud of? The ones that were the biggest struggle.

Actually none of them were a “struggle,” per ‘se. When you are performing, recording and releasing CD’s, and getting the music out to the promoters, the D.J.’s the Reviewers, the awards and credits either appear or they don’t. I feel we have been very blessed to receive those that we have and I’m very grateful, but again as I mentioned before, the awards of the ‘heart,’ are my greatest rewards and those would be my Fans.

What do you find of touring and being on the road?

Unless you have a big touring bus with some nice ammeneties for rest, decent food, and a tour manager or someone to drive that bus, the road is pretty brutal because without that, you are juggling the driving (usually when exhausted), trying to get decent food on the road, loading and unloading all the gear constantly, being in a diffrent bed and city almost every night and any number of other weird occurances that can arise! The entire thing is very disconserting for one’s emotional, physical and mental well being. The reward of course is when you are finally all set up for each show and the fans come in and the show begins!

When you are away from the music scene what do you do to relax and get back to your own self?

Cook, walk in nature, read spiritual books, connect to my Higher Power or the Love within myself; but there is always music work to do so there are not many days where I am not working on promotion, a new song, a new idea, connecting with my Fans, etc., etc.

Where’s the best place people can find more information about you?